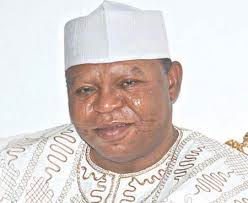 Following the collation of the Kogi State governorship election results from all the Local Government Area in the state, by officials of the Independent National Electoral Commission, INEC, Abubakar Audu of the All Progressives Congress has defeated the incumbent Governor Idris Wada of the Peoples Democratic Party.

In total, Audu of the All Progressive Congress polled 240, 867 to defeat his PDP counterpart, governor Wada who had 199, 514 votes out of the 21 Local Government Areas in the state.