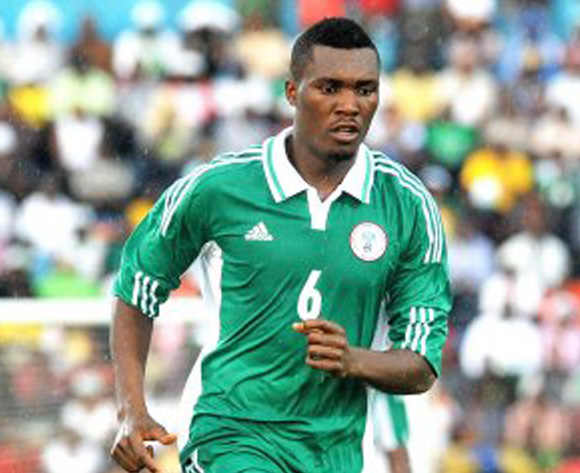 Nigeria international defender, Azubuike Egwuekwe has claimed he is receiving “a lot of attention from top clubs” in Germany and England.

Egwuekwe was on the verge of a move to Israeli club, Hapoel Tel Aviv, but disagreements over remuneration saw him retrace his steps to the Nigeria Professional Football League (NPFL) with Warri Wolves.

The big defender has now exclusively told supersport.com that he may just be marking time in the Nigerian top flight.

“Right now, there is a lot of attention from top clubs in Europe for my services.
“I will not want to reveal the identities of these clubs but I can tell you these clubs are in England and Germany,” he said.

He then revealed that if he had to make a choice between the two countries, he will prefer to play in Germany rather than England.

“If I could choose, I would prefer to play in Germany and not England.

“The English Premier League is exciting but I think the best football in the world is currently played in the German Bundesliga.

“I believe I can be the best and to reach my potentials, I want to be playing with and against the best footballers in the world on a regular basis,” he said.