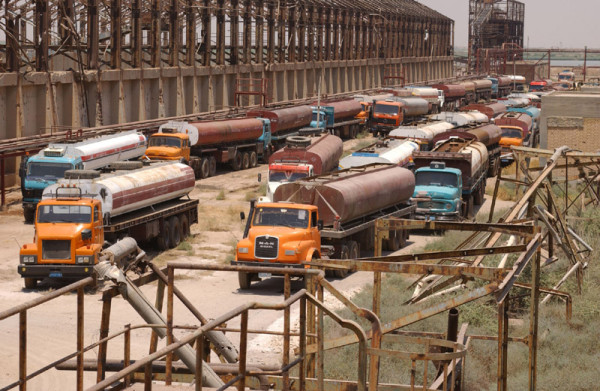 A Nigerian court on Tuesday gave five sailors from the Philippines and four from Bangladesh a choice between jail and paying a hefty fine after convicting them of oil smuggling.

The suspects were arrested in March in Lagos Lagoon aboard the MT Asteris, which prosecutors said was used to illegally store 3,423 tonnes of crude oil.

They were each convicted of four counts of illegally storing crude oil.

Each count carries five years in prison but the sentences run concurrently, meaning the nine face a maximum of five years jail.

The government has taken ownership of the vessel.

Africa’s biggest oil producer loses billions of dollars each year from the theft of crude from sabotaged pipelines and illegal refining of oil products.

The oil is sold on the lucrative black market, depriving the continent’s most populous state of an estimated $6 billion a year in lost revenue.

Convictions for oil smuggling are common but in most cases the offenders get away with a fine.