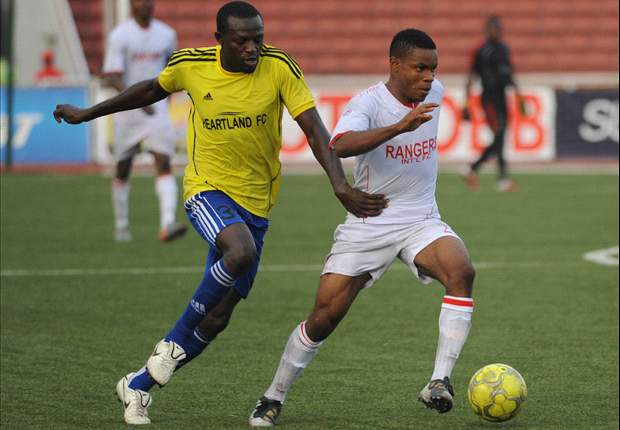 Oriental rivals, Rangers International of Enugu and Heartland Football Club of Owerri clash tomorrow inside the Nnamdi Azikiwe Stadium in what is the biggest game in the Nigeria Professional Football League this weekend.

Both sides have enjoyed contrasting fortunes in the league this season, with Heartland enjoying a dream start to their campaign recording three victories in their opening three fixtures.

But the Naze Millionaires seem to have hit a snag of late, by losing their last two home games.
The former League Champions were totally pulverized last weekend by Sunshine Stars of Akure at the Dan Anyiam Stadium. The Akure Gunners handed a 3-0 defeat to their hosts who also had to surrender first position on the log to Giwa Fc of Jos.

Their under pressure coach, Erasmus Onu and his boys are no doubt on a redemption mission to Enugu and will look to continue their impressive away form against their rival who have tasted victory only once in their last five games.

The Flying Antelopes have been no where there best this season but will bank on home support to secure yet another win.

Kelechi Emeteole’s tutored side’s two wins this season have come at home and will be desperate to secure another one.

Rangers have defeated Heartland in their last two games at the Nnamdi Azikiwe stadium but a repeat of that looks unlikely considering the latter’s impressive form on the road this season.